Hanns Schell and his collection

Hanns Schell’s private initiative is a visual sign of his passion for everything which can be locked or is made of iron. Mr. Schell collects exhibits from different times and different continents for several years.
His profession of being a businessman and his hobby of beeing an extreme mountaineer were combined in a marvellous exhibition. Everybody who does not appreciate the passion for these peaces, will learn otherwise after one visit in Schell’s museum.

Our app gives visitors the opportunity to enjoy the museum after their visit or beforehand at home. Not only pictures but also descriptions of all our showcases fit in the app. We are planning to upgrade the app with some guided tours, which make it possible to get even more interesting details about history, culture and art concerning the exhibits. At this point we would like to thank the AIONAV Team, that made this app possible, for all their help and patients.

We are on TV “Aus dem Rahmen”

We proudly announce that Schell Collection is going to be the center of the TV show „Aus dem Rahmen“
in February 2015. In October 2014 Karl von Hohenlohe and his filming team spent one whole day at the museum trying to work on an interesting show. Mag. Martina Pall, director of Schell Collection and the owner, Hanns Schell showed Mr. Hohenlohe many of our gorgeous exhibits and told him all the stories behind those beautiful objects. We are looking forward to watching our show on ORF 3. 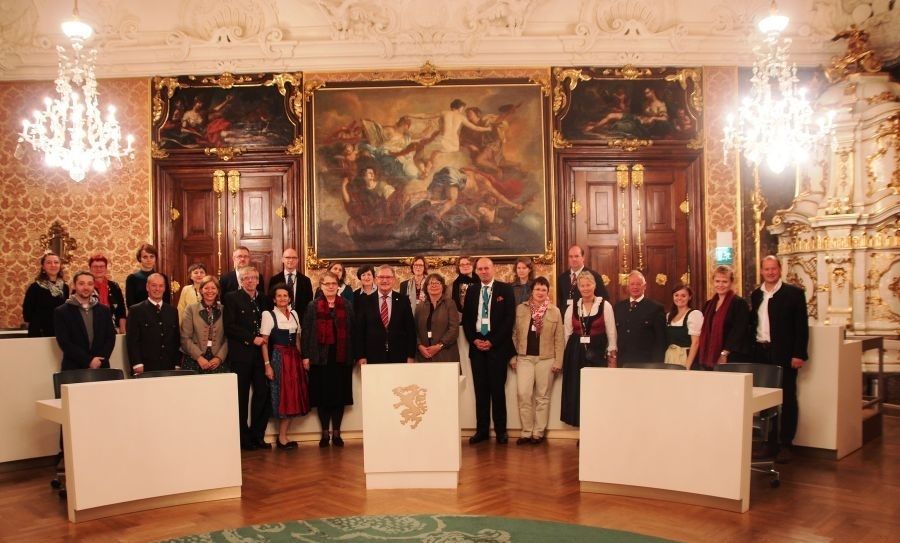 During the ICDAD-congress in October 2014 Mr. Franz Majcen, Speaker of the styrian parliament honoured the members with a meeting. Participants from all over the world dealing with decorative art met in Graz to discuss modern history and recent problems. We would like to thank Mr. Majcen and his colleagues for his cordially welcome again and are looking forward to the next ICDAD-congress in 2015 in Krakow.

Schell Collection in the media

The Schell Collection found herself in several newspapers and journals during 2014. As letter to the editor, as a hint for cultural trips or as a professional article the exhibits of the Schell Collections were topics. The article in Trödler. Das Original mit Markt & Handel in September 2014 was really appealing. 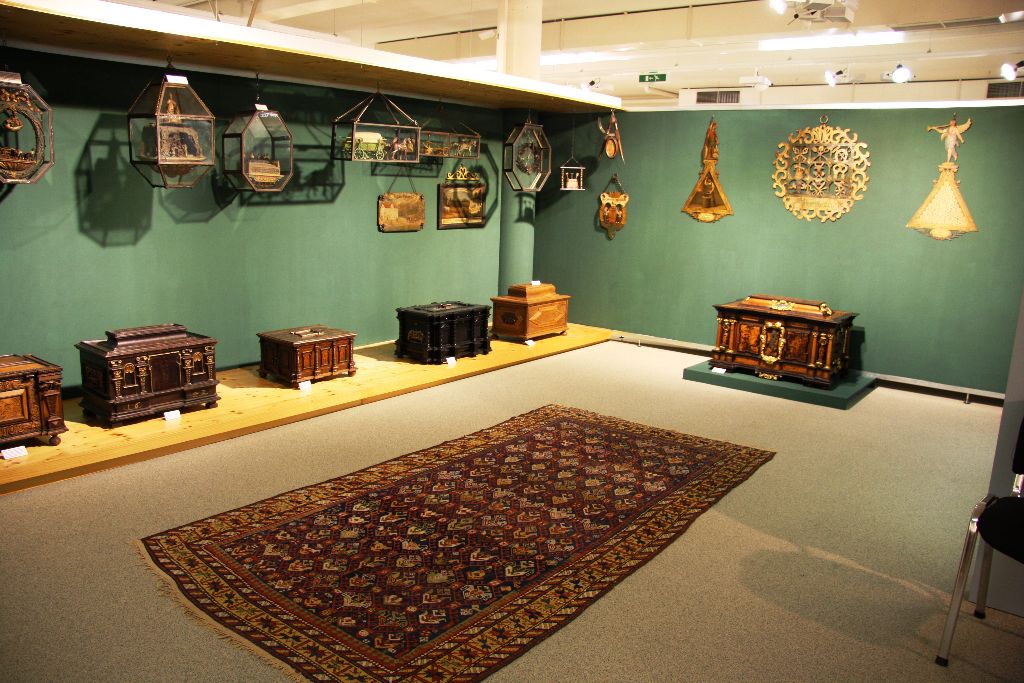 Expansion of the guild collection

The expansion of the collection concerning the guilds follows the topics of wrought iron, because many guild signs were made by smiths. In 2014 the Schell Collection was able to buy a large amount of different guild signs. Guild signs were used to announce the profession of the workshop within the house, so illiterates were able to recognize the shops by their symbols: The tailor had a scissor, the baker a brezel and the hatter a hat. The Schell Collection also owns some guild boxes and offers a lot of information about this issue.